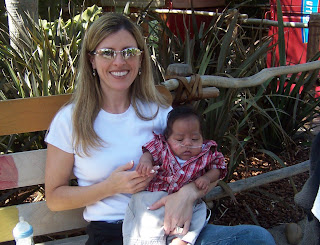 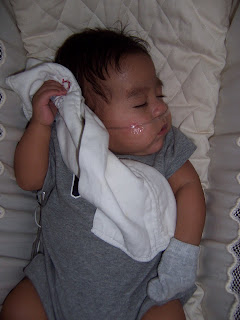 I had the privilege of being Alex's mom for a while until
he found a fabulous adoptive home, which happened to be my sister.
I was so thrilled to go from mom to aunt and still be a part of this
special boys life. 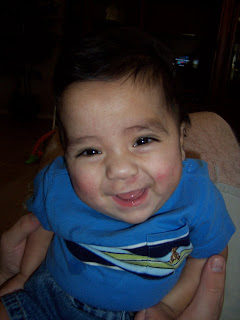 We spent countless hours working with therapists to help Alex
perform regular everyday tasks. He had made great progress. He was walking a walker and talking. We were all so happy to see him progress.
2 months after the adoption was finalized Alex was diagnosed with Leukemia.
Chemo was to start immediately. This was so devastating. He had been through so much already. He had so many surgeries and was doing so well. 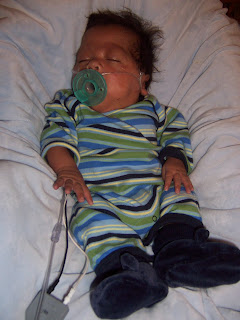 His name was submitted to Make A Wish Foundation.
My first thought was to take a cruise but due to his compromised immune system
that was not possible.
He and his family came up with this fabulous idea of a pirate playground
in his loft. It was provided by Architecture Kids.
We had the big reveal party last night and this is what it looks like! 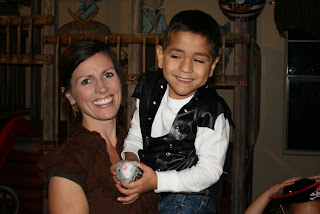 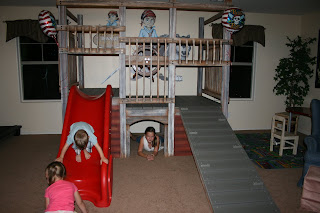 It's a Pirate Play Ship
He can crawl up the ramp and slide down the slide.
He was having so much fun showing it off to everyone. 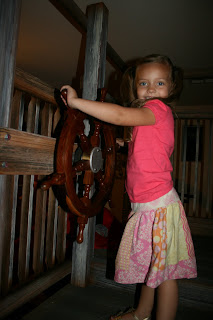 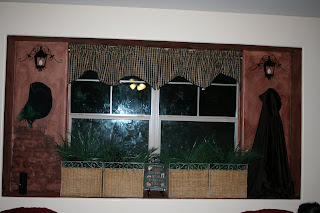 My sister painted this herself to go with the theme of the room.
Super cute!! 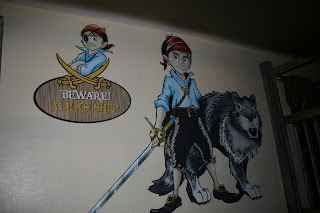 Check out the customized wall art. 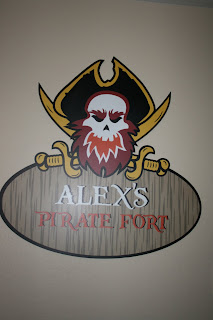 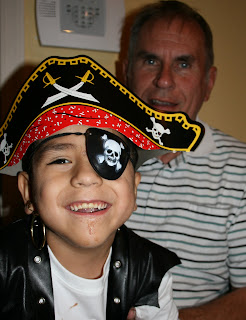 Alex and his Grandpa after a little ice cream provided by

Thanks, it was so yummy! 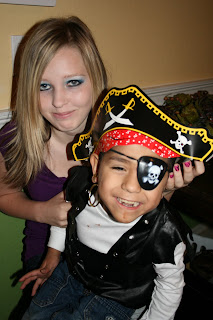 Nicole & Alex
Dinner was provided by Chik-fil-a
It was de-lish! 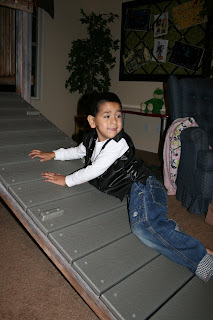 I think Alex is going to get alot of use out of this play place. 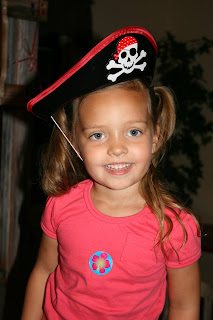 My kids can't wait to go back! 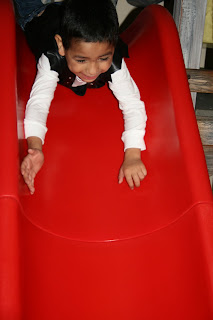 Alex has been on maintenance treatments for 2 years now.

He should finish with all of his treatments by May 2011.

We love you Alex!!

Price Cream Parlor said…
Kelly!!! You are beautiful as ever and I am a bit weepy to think that you cared for this little person and he is still in your family! fantastic!!! What a great pirate play area!
My good friend works for Make a Wish and she is constantly in awe of families just like yours!
October 18, 2010 at 6:31 AM

CYOJ class info said…
It was so much fun to see him show off his play set to everyone. He deserves it! My sister said he went downstairs to his room dragged up a blanket and pillow and fell asleep in the next day. How adorable!!
October 22, 2010 at 7:54 AM

Popular posts from this blog

From Drop Cloth to Painted Rug

September 28, 2012
I had a wheelchair ramp built going into my house for my 6 yr old who is in a wheelchair. I have loved having it. He is getting so big that it was getting difficult to get him in & out of the house. This is so much easier!   Here's the problem:  It's ugly and my welcome mat/entry rug doesn't fit! No bueno!!   I looked for a rug that would fit but didn't want to spend a lot of money on it. So...I decided to make my own.   I got a canvas drop cloth from Lowe's for just under $10.00.   ﻿ I gave it a good ironing to get the creases out.   I had some white house paint from another project and painted the drop cloth. (Tip: Even though this is a drop cloth the paint soaked through to the backside. I put a plastic drop cloth under it to protect my table.)   Then I stenciled it.  I was going to do a different pattern and transfer it on to the drop cloth but I already had the stencil and let's face it...
4 comments
Read more